Welcome to the World Mine Sweeper Network web page.

The World MineSweeper Network, is a worldwide server, that allows people from all over the world to play multi player minesweeper over the internet.  In order to play you need a copy of Multi Player minesweeper (see the download section).  This also allows for multiplayer games over a LAN.

What is Multi Player Minesweeper?

Multi Player Minesweeper is a clone of the minesweeper included in Windows, however, it has the added multiplayer functionality See (Screenshot). This gives the opportunity for up to 10 people to play a single minesweeper game, over a LAN or over the internet.  Go to Download to download copy, it is free!

How to play Multi Player Minesweeper?

There are two ways to play Multi Player Minesweeper.  One is over a LAN the other is over the World Minesweeper Network Server.  To play over a LAN you simply need to create a server in a LAN environment and other players should be able to connect through the connect through LAN option.  (The world server has not been operational for a while) The other way is to connect over the worldwide server, however because this isn't the most popular game I doubt there will be to many active games on the server.  Anyways, to connect you need to be on the internet and the worldwide server needs to be active.  Check out WMN Status if there are any problems.  The worldwide server may be down.

November 16, 2009 Changed some text in the main page to confirm that the WMN is down.

March 18, 2002 Added link my robot homepage on the end of this page

December 09, 2001 Fixed a bug so the game now works fine in windows NT based operating systems.

November 11, 2001 I finally fixed the problem of the WMN removing servers from its list for no reason at all.  Now the WMN should be fully functional.  A new version (3.1) is available for download, which is required to create a server on the upgrades version of the WMN.

October 28, 2001 I'm still working out some bugs in the WMN server.  It is online but may have some problems..  In the meantime  Enjoy LAN play.   A new version of Multiplayer Minesweeper (3.0 build 2) is now available from download, fixing bugs.

Interested in robotics and computer vision?  Here is a link to my thesis web page. 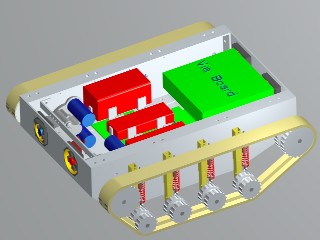 Interested in a multiplayer player version of lemmings?  Check out this web page!